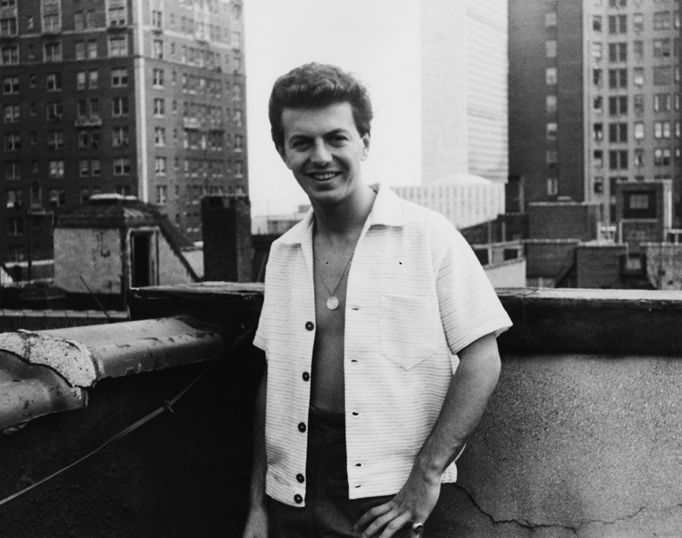 Dion and his music have long represented a special time and place, reflective of a moment when a song could mean so much. When a singer could sum up what it means to be young, in love and on top of the world. Dion is more than a cherished memory as critic Dave Marsh noted, “Dion is the only artist from the 1950’s who has remained creative and relevant into the 2000s.” In 1958 he had three top-forty hits. In 2008 he was nominated for a Grammy. In 2020, is releasing new studio album Blues with Friends, joined by Joe Bonamassa, Paul Simon, Bruce Springsteen, Van Morrison, Jeff Beck, Billy Gibbons and many other rock luminaries. In the ’50s he was one of a handful of innovators who defined rock ‘n’ roll and that’s still very much the case.

R & B, blues, doo-wop and that first wave of rock all influenced Dion’s approach to music. But it was Hank Williams, the legendary country artist, who first sparked his ambitions. Williams’s hard-driving lonesome sound attracted the city boy and captured his imagination. By age twelve Dion had collected fifty of Hank’s singles and could sing them by heart. It was his feel for pure country that led to his first professional appearance when he sang Hank’s “Jambalaya” on Paul Whiteman’s show broadcast.

By his teen years Dion was singing on Bronx street corners and in neighborhood bars. He rounded up other local singers and they created their own a cappella arrangements, imitating instruments with their voices.

In 1957 Dion brought the best of these neighborhood singers together — Freddy Milano, Angelo D’Aleo and Carlo Mastrangelo — to form Dion and The Belmonts, taking the group’s name from Belmont Avenue, in the heart of the Bronx.

“I Wonder Why” was Dion’s first hit with The Belmonts and over the next two years the group earned a reputation not only for topping the charts, but for creating some of the most vital and exciting doo wop music on the American scene. With songs such as “I Wonder Why,” “A Teenager In Love” and “Where or When,” Dion & The Belmonts earned their place in music history. They were a national sensation and toured extensively. Dion and The Belmonts were featured artists on the fateful Winter Dance Party, the tour that took the lives of Buddy Holly, Richie Valens and the Big Bopper. Dion was, in fact, slated to fly on the plane that went down “the day the music died” but fate intervened.

The great music kept coming as Dion ventured out as a solo artist in 1960, racking up a string of #1 hits. Over an incredible four-year run he cut one classic after another from the rollicking “Runaround Sue” to the driving “Lovers Who Wander” to “The Wanderer,” anthemic in concept, it became his de facto theme song. He quickly rose to the top ranks of recording artists and switched from the indie Laurie label to Columbia, the tiffany of record companies where he was the first rocker signed. He continued his streak there with such smashes as “Ruby Baby,” “Donna the Prima Donna,” and “Drip Drop.”

His artistic growth continued apiece. When he wasn’t cutting hits in the studio, he sought out backstreet bars and coffee houses where he could take in roots music, the blues and the folk scene.

In 1968 Dion shot to the top of the charts once again with “Abraham, Martin and John,” a song that was as much an anthem for that era as his early hits had been for theirs. What followed in the ‘70s and ‘80s was a string of acclaimed LPs, many of which reflected his early interest in roots music. He turned increasingly to folk blues and gospel, again earning a reputation as an innovator. He also recorded a series of albums that affirmed his renewed faith in God. He was nominated for a Grammy in 1985 and won Contemporary Christian Music’s coveted Dove Award.

In 1989 Dion entered the Rock and Roll Hall of Fame. One of the Hall’s earliest honorees, he was inducted just one year after the Beatles and Bob Dylan and at the same time as the Rolling Stones, Otis Redding and the Soul Stirrers. That same year Dion released Yo Frankie, an album which included appearances by Paul Simon, Lou Reed, Bryan Adams and Dave Edmunds. The single “The Night Stood Still,” recorded with Patty Smyth, was a hit video on then still-new MTV.

In six decades he has never stopped writing, recording and performing new music. In 2000’s Déjà Nu he found new stylings for roots-rock sounds. His 2006 release, Bronx in Blue, earned him another Grammy nomination.

He recorded “New York Is My Home” in 2016 with Paul Simon as a tribute to the hometown they share. In the years that followed, the song — which was the title track for Dion’s album — garnered significant airplay and social-media notice. It was used as a musical theme both in television dramas and on fashion runways.

The Wanderer, a musical based on Dion’s life is world premiering next year at the Tony Award winning Paper Mill Playhouse on April 8th, 2021. They tell a story of transformation end personal redemption.

His voice is unmistakable. His music is original and entirely his own. His story is more relevant than ever.

Stay up to date with Dion here.

By entering your email, you are signing up for more information from Dion Dimucci as well as Joe Bonamassa, Keeping the Blues Alive & J&R Adventures.